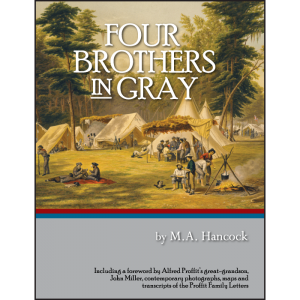 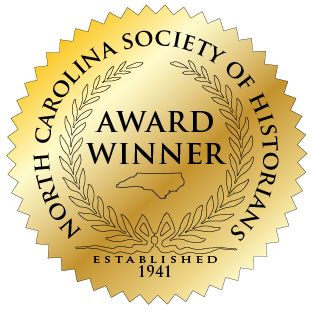 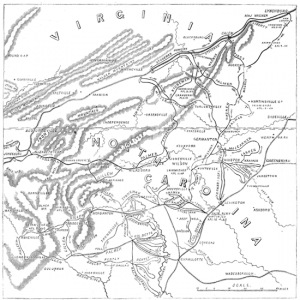 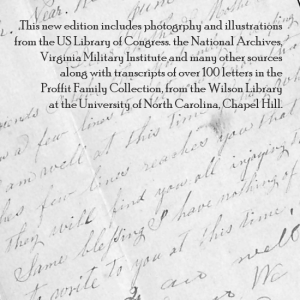 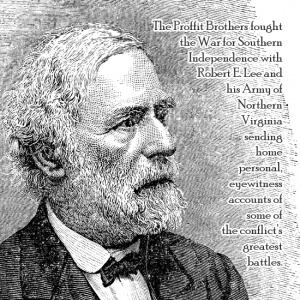 Four Brothers in Gray tells the story of Confederate soldiers Andy, Harrison, Calvin and Alfred Proffit. In addition to the narrative by Mary Alice Hancock, transcriptions of 100+ of the brothers’ letters, which inspired Ms. Hancock, are included.

Also included is family information, describing the relationships of the brothers, their cousins and in-laws, who are frequently mentioned.

Get the story behind the book:
Read one of the letters: William Harrison Proffit’s Letter Home From 1863
Learn about the release of the new edition: Four Brothers in Gray Available Now
Controversy during research: Civil War Mystery from an Area History?